Today we are here to talk about household power distribution. In a home, it’s very important to understand the etiquette of breakers, circuit boxes, and your power needs. This is Eric Forand, my gaffer. We worked on a movie together and a few commercials. He’s going to take you through some do’s and don’ts of working in a household environment. Eric gaffed “The Babysitter” for me BTS of the lit set

The first thing you’ll want to do is make a map of the place. You can’t just plug lights in anywhere you want because you’ll very quickly overload household circuits. The best way to make a map is by flipping breakers on and off.

Quick Tip: If your household breakers aren’t already labelled at your location, do so. Label each breaker according to it’s location. For example, “Kitchen” or “Garage/Basement.”

This will save you time on the day when a breaker trips and you need to figure out which circuit it’s on. Labeling them will tell you exactly which one(s) switched off.

Household circuits are generally only 15-20 amps and, in total, you usually only have anywhere from 60-100 amps in the entire house.

You need to figure out where the circuits are in the house. There are a few good ones to use. One good one is a dryer circuit which uses more power and pull around 30 amps on the circuit.

There are 220V plugs on dryers. They are similar to our genny connectors here. The dryer connectors have 4 prongs on them. You have a ground and a neutral and then a hot and a hot. You do need to build an adaptor that eliminates one of the hots. You separate the hots out so you have 2 hot connectors on the end of that. That way, you can access all 30 amps. A dryer connector is similar to this genny connector

Back in the day, when I was doing a lot of music videos, we made our own connectors that we could tie into these dryer circuits. I was maxing out homes all over in my music video days of the 90s. Some of Shane’s music videos

A lot of times houses are wired where literally 9 plugs in a room will be on just 1 circuit. Almost all the time. A map of the circuits in a house A Tweenie is a 650W fresnel

Let’s talk about things to use for household distribution. Our household power distro box is just a cube tap

Nowadays, we have so many different things on set that requires power. Things like video village, for example, requires multiple connections. We can put that all on one stinger directly from the power source and break it out with a cube tap near video village for more ports. And there’s also a ground lifter! The ground lifter is for New York!

A ground lifter is for when you need to plug a 3 prong plug into a 2 prong outlet or plug. You’ll find these 2 prong outlets in a lot of older properties that were built in the 20s and whatnot. They also have much older wiring. 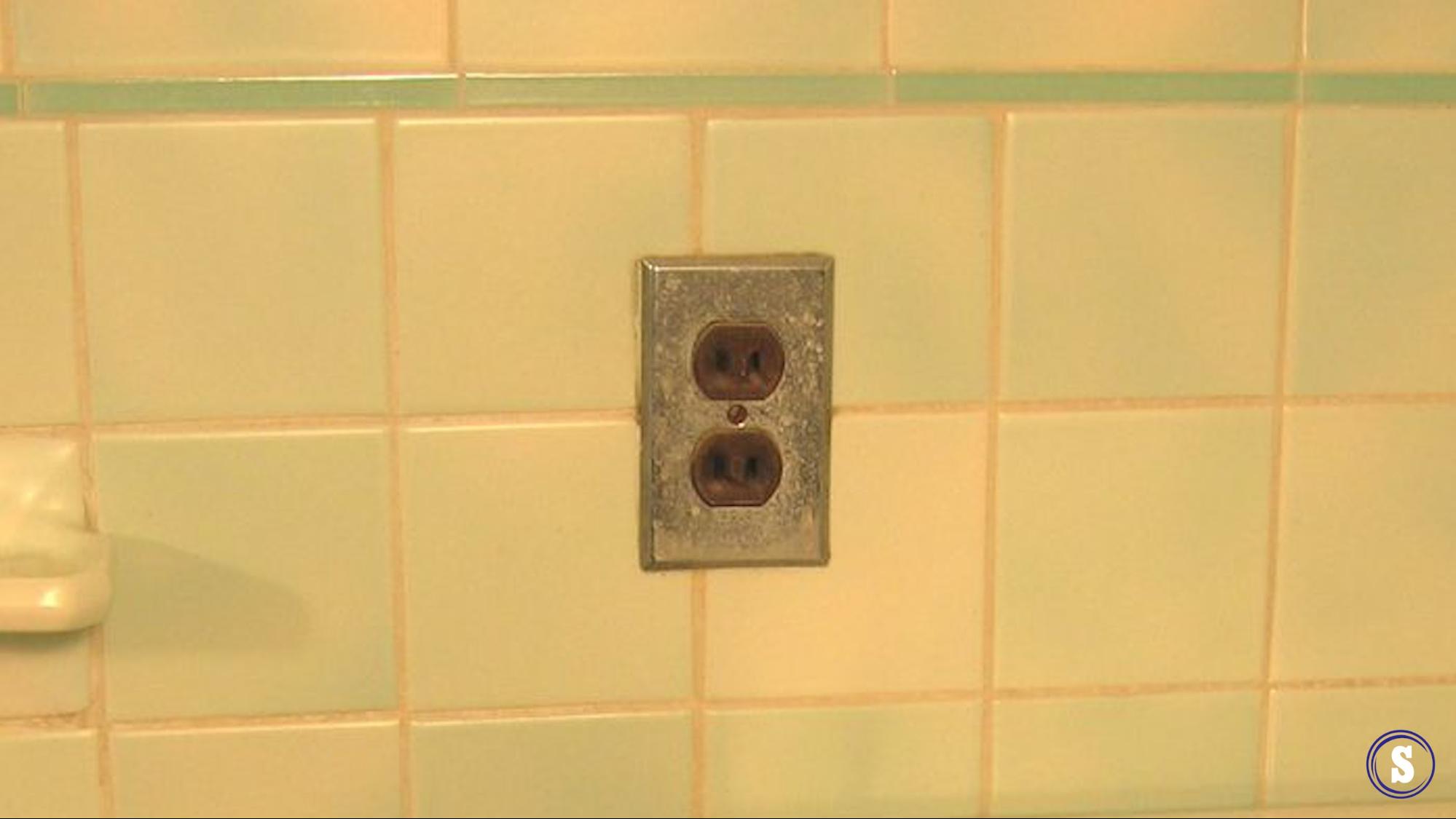 An older outlet with only 2 prongs Older wiring can deteriorate and not work as effectively

LED technology gives us the ability to use Arri Skypanels and Kino Flos. A lot of this LED technology has really opened up the possibility of using household circuitry with some bigger lights. Only resort to power-hungry lights when you need them

Totally. A Skypanel is only like 400 or something Watts.

Also, choosing your lights wisely when you’re in a household power situation is good. You don’t want power-hungry things like 4ks. You want things that aren’t power-hungry like a Skypanel.

Yeah, smaller wattages that are below 20 amps in power. This includes an M18 or a 800W Joker. These are lights that, from an HMI standpoint, you’ll be able to power off a household circuit. I have to say that when working with an M18 on a household circuit it’s great to work with 1200W globes instead of the 1800W globes. You can actually put the 1.2K globe in that fixture. I have to say that the M18 will trip a lot of household circuits. They are rated at 20 amps, but if the circuit breaker is really old then they get a little soft. That means they trip a little under their rated amperage and an M18 will trip them off every time. I usually keep the 1800W globes in the M18 but I also have a few 1200W globes on the truck in case we run into that issue. We can just switch globes and keep shooting. One final thing to note about household power is that when an HMI fires up it exceeds the amperage it would usually trim out at and then returns to its rated amperage as it warms up. Striking a light during the “Moonlight Series” shoot Upon striking the HMI will briefly exceed its amperage

An M18 will spike to about 25 amps on strike. It’s just for a split second, but if the breaker’s a little soft then it’ll kick right off. The 1200 globe spikes at about 18 amps. So that won’t kick the breaker off.

If you want to learn more about power, check out Portable Generator Etiquette: Comfort Zone: Stay at Your Own Risk