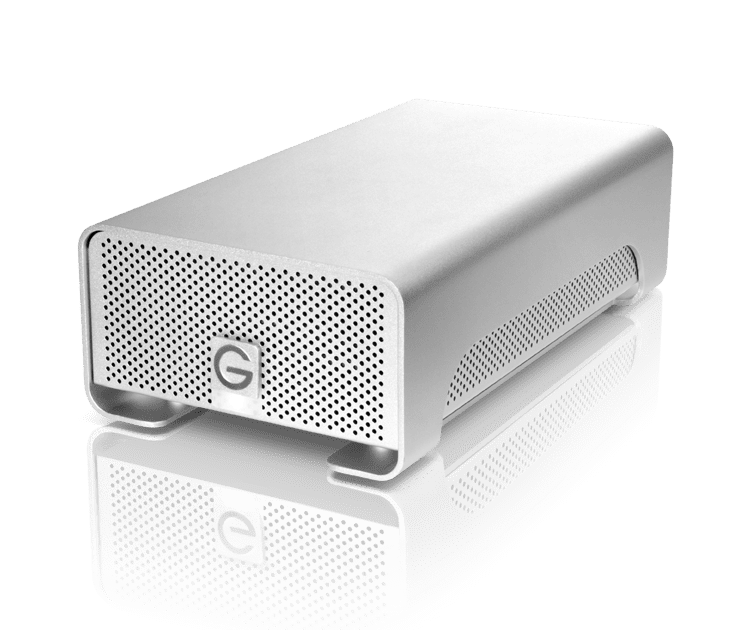 So Shane walks up to me and says: “Hey David, we need to talk about on-set workflow, specifically with the use of G-Raids. We need to get people to see what is important in their workflow as DITs on set and why these drives make a difference, especially when people are buying the G-Drives instead of the G-Raids, since the G-Drives are cheaper.” G-Technology: G-RAID vs G-DRIVE
What Is the Big Difference?

Imagine this scenario. What if on a job, the files were damaged and the DIT had to race back to the rental house to get the cards from the camera before they were wiped?  Now when the DIT talked with production before the shoot and told them that two 4TB G-RAID drives were needed, production said that they were only willing to get two 4TB G-DRIVEs because they were less expensive.  Now on the shoot day the DIT managed to back up the footage to the Master drive with no problem. Well, suppose that Master drive was then lost on its way to editorial, and there is a problem with the Backup drive.  There is a problem with the Backup drive because the footage was not able to verify onto that G-Drive because Production did not give the DIT enough time to verify the backup and asked the DIT to turn in the Backup drive. Well, when that Backup drive went to editorial, an entire day’s worth of material was corrupted. Potential disaster. Right?!

The point of that scenario is that having higher transfer speeds on the Master and Backup drives would be ideal for making sure that everything goes right at the end of the shoot day.  It takes care of any worry and fear that something might go wrong.

As much as this post is about learning to protect the footage, it’s also a lot about how to protect yourself. 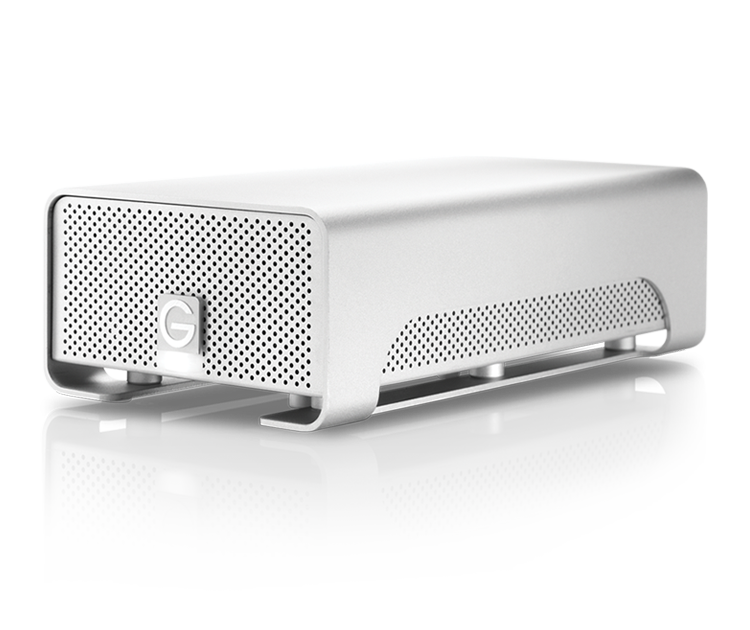 Take this scenario, for example. Shane owns a light meter and a color meter as a Director of Photography. When he goes to Production or his agent to negotiate his deal, Shane never negotiates his meters into the deal. No DP ever would. That’s a set of tools that you need. Shane is covered; he has his tools to make him successful for the project.

For the most part, it is standard operating procedure for a DIT to roll onto a job with the following items:
● Cart
● Computer system
● Card readers
● Appropriate software: Double Data, Shotput Pro, DaVinci Resolve 11, etc.

There are some obvious similarities to both packages, which is a general framework, but what is missing? There is a main component that could be added to both kits that could immensely help in protecting yourself for future projects.

Why specifically a “G-RAID” and not the “G-DRIVE” model? It all comes down to speed and performance.

For the G-RAID, you are working with two physical hard drives that are in a Raid 0 (striped), which lets the computer see the G-RAID as one drive. This allows for a larger performance from this drive, in the realm of 50% more speed than the G-DRIVE. With this increased performance, you have to keep aware that just using one G-DRIVE does not protect your footage 100%. The way RAID 0 striping works is that it pushes half of the data between the two drives that are inside the G-RAID. Unlike a RAID 5 configuration, this does not give you any sort of protection. This is merely to increase speed. Most productions work in the mind frame of having two physical drives, a “MASTER” and a “BACKUP” drive.

If you were to do this same setup with G-DRIVES instead, having two physical drives to be a “MASTER” and a “BACKUP,” you would be limiting yourself to an immense drop off in speed and performance, both onset for your backup time, as well as at the post-production house that will be backing this footage up to their asset storage system.

The big difference in these drives is the transfer rate speed. In a G-RAID, you are looking at a speed of 250MB/s. In the G-DRIVE, you are looking at a speed of 165MB/s. Both drives use 7200 RPM SATA III drives internally, but having that second internal drive in the G-RAID with the RAID 0 configuration makes a world of difference when it comes to having the necessary speed to transfer large data from a CF Card, C-Fast Card, RED Mag, Codex, etc. The key here is that you have the proper speeds to transfer your data reliably.

We are talking nearly double the speed in your transfer rate. Just because both drives offer a USB 3.0 or an eSata connection does not mean that they will transfer at the same data rate. The throughput may be 5MB/s at USB 3.0, but this does not mean that the G-DRIVE will operate just as quickly as the G-RAID. Having the option to read/write at 250MB/s on a G-RAID in the price point of that drive is awesome. Having more speed brings more reliability to your transfers, thus ensuring that you will be confident that you can hand off a pair of MASTER and BACKUP drives to editorial and know that they have everything that was captured on the project.

A great program to use to test your speed is the Blackmagic Disk Speed Test. I understand that we are all concerned about our “day rate.” Yes, the G-RAID costs more than the G-DRIVE, but without looking up the price and being concerned about money, isn’t it worth it? I would say it is, especially if you can ensure that you will continue working.

So what is the price difference between, say a 4TB model of each, both offering USB 3.0 and eSata?

At the time of this writing:

A whopping $70. I think having the added speed and reliability to ensure future work makes this a solid choice.

Keep in mind that if Production chooses not to use the G-RAIDs on a project, you can always choose to do so yourself. If they say they are only willing to buy G-DRIVEs, tell them you are willing to pay for the drives or go ahead and tell them that you offer G-RAIDs as a part of your kit. If you offer them as a part of your kit, you keep in touch with Production so that they can get the drives back to you and you charge a small fee for using the drives.

A note about the future and DITs

As the role of the DIT continues to evolve, especially with the introduction of the Panasonic Varicam 35mm, DITs need to find an edge, a way to solidify themselves in the evolving market. The time you are spending now on set is time spent on building relationships, forging contacts and building a comfort level with the production company. Producers, Directors, DPs and other department heads like to hire the same crew they work with all the time because it creates a safe working environment and they know they can count on you. DITs will continue to grow further away from “Media Managers” and “Transcode Monkeys” as the cameras become faster and evolve to do it IN CAMERA. Multiple record formats, from RAW to editorial dailies to client dailies, all on the same card. A DIT’s role will become one of a connection of the creative mind of the Director and Director of Photography’s color vision and the organization for editorial. Building your kit to have all of the essential tools for when you walk on set is worth its weight in gold. It’s reassurance that you are set up for success for the job. Everyone will take notice that you keep yourself prepared and that you always deliver.

We will continue to offer more insight into on-set workflow management and post-production in the future. In the meantime, I’d like to share a few videos from Light Iron CEO Michael Cioni, just to keep the juices flowing and hopefully so we can spark some more questions about where you see that your future is headed and how we can help you get there.

Father & Son: An HPA Story
“On February 10, 2015, Michael Cioni and Leon Silverman presented the Opening Keynote Presentation at the annual Hollywood Post Alliance Tech Retreat. Entitled ‘Shift Happens: Not Your Father’s Post,’ their tongue-in-cheek pre-recorded video and more serious live Q&A addressed the changing nature of post production. The issues raised, such as the interdependence of production and post disciplines, underscore the HPA’s name change to The Hollywood Professional Alliance.”

6K DI Diary
“With 6K cameras coming to market, post companies must explore new ways to seamlessly integrate 6K into their pipeline. Go behind the scenes at Light Iron to see how we performed a 6K digital intermediate for the RED Digital Cinema short ‘Closed Set.’” The Vintage Collection on Musicbed