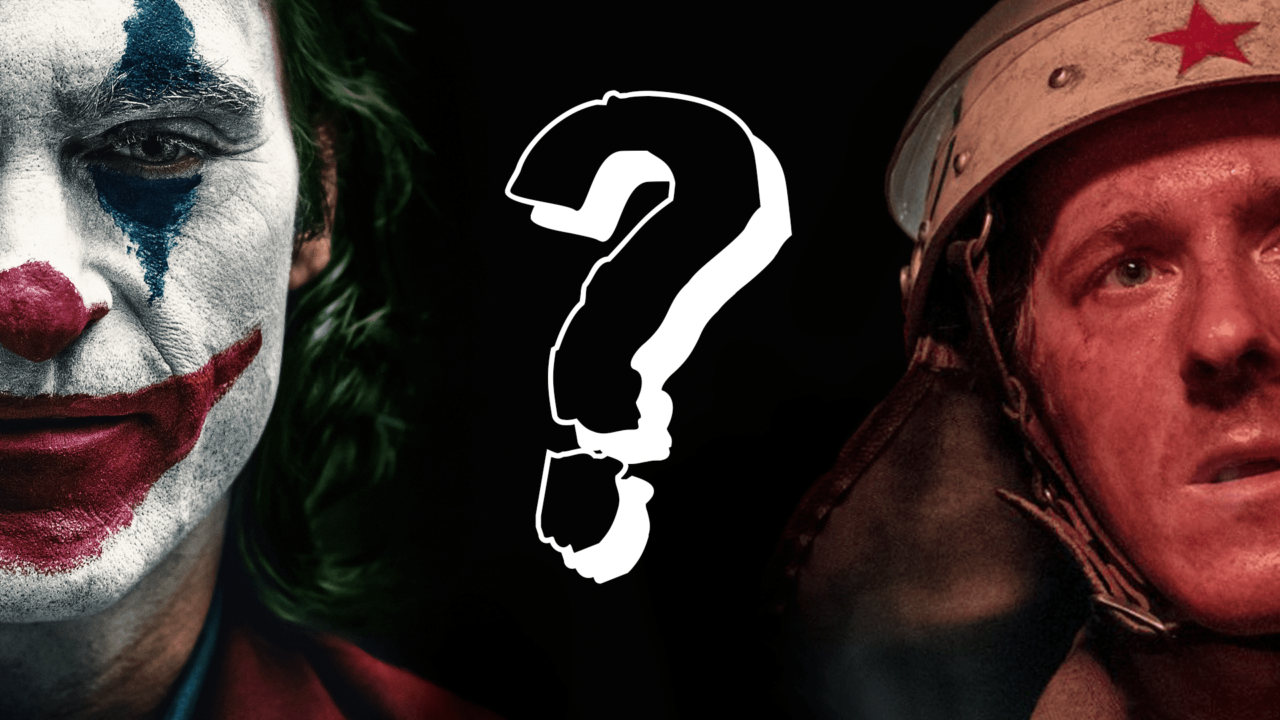 Icelandic composer, Hildur Guðnadóttir’s soundtrack for Joker won her the Golden Globe for Best Original Score this year and in doing so made her the first woman to win the award category solo. Moreover, she beat off competition from Randy Newman for “Marriage Story,” Thomas Newman for “1917,” Daniel Pemberton for “Motherless Brooklyn” and Alexandre Desplat for “Little Women.”
However, it was her score for Chernobyl (that won her an Emmy in 2019) that I wanted to focus on as the act of composing it was a feat in itself.

Here’s fair warning that there are SPOILERS AHEAD for Chernobyl – Joker is safe (for the next 6 months at least).

I say “spoilers”, but it’s been 6 months folks! Technically, the name itself is a spoiler as I shall go into in this article – we all pretty much know what Chernobyl is and what happened. In the same way, nobody went into Titanic thinking “oh what a lovely ship, I wonder what crazy hijinks Leo and Kate get up to on this victorian cruise.” Where Chernobyl succeeded as a mini-series is (as writer Craig Mazin says) “everybody knew that Chernobyl exploded and was one of the worst man-made catastrophes in the world, but nobody knew why.”  So, as a viewer, when presented with the protagonist’s suicide at the very beginning of the show almost to the minute on the anniversary of the disaster, we immerse ourselves in trying to answer the question of why just as Mazin had when writing it in 2014.

Over the next two articles and video essays, I’ll be analyzing where HBO’s Chernobyl got it so right.

Hildur Guðnadóttir’s soundtrack to Chernobyl is the very poison that it is depicting and it’s absolutely remarkable. The soundtrack to Chernobyl is so blisteringly raw that it gets inside your system, it unhinges you and it leaves you gasping for breath throughout every single minute of every episode and that’s why it is at the very top of my list. Hildur Guðnadóttir in her studio plays the cello.

This renowned Icelandic cellist has performed on some mind-blowing scores for some of your favorite movies such as Prisoners and The Revenant. Follow that up with the soundtracks that she has composed for the likes of Sicario: Day of the Soldado and the new Joker movie and you’ll fully agree that Hildur Guðnadóttir is fast becoming Hollywood’s latest go-to name to provide a soundtrack of substance. I’ll even go so far as to say that when you read her name in a lower third at an awards ceremony, Chernobyl and its soundtrack will be why.

Listen to this short clip:

With such beautiful cinematography and incredible writing (which I shall come to later in this article), sometimes the soundtrack can be an added aperitif, an amuse-bouche if you will. However, Guðnadóttir went to such lengths to create this score that it firmly takes center stage.

This could have been the typical thriller soundtrack; high-pitched violin notes to build tension, deep brass to provide punches of power and angst, the moments of insecure silence. So, when you learn that what has just accompanied the episode and helped to captivate your attention is entirely comprised of field recordings made inside a decommissioned Lithuanian Nuclear power plant where the miniseries “Chernobyl” was filmed and there isn’t one instrument (or should I say traditional musical instrument) on the entire recording, your jaw hits the floor. “Right before they went there to shoot, I went there to record,” Guðnadóttir told Score: The Podcast.

Guðnadóttir spoke about her thought process, ‘if you could hear radioactivity, what would it sound like?’ “It’s just such an interesting sound world because radioactivity is so powerful and strong… but it’s silent at the same time. Of course, the explosion was big, but the impact of it, and the actual after-effects… they are so silent and invisible.” “I went there with my score producer, Chris Watson, who records all the David Attenborough films and episodes. So he’s a master field recording engineer. We went in [to the nuclear plant] in full hazmat suits and everything to record the power plant, and we worked the score from those recordings. Every single sound in the score is made from those power plant recordings.” Specifically, the ambient sounds. “I didn’t really want to play it as such, but I wanted to go there and experience what it’s like to be in a power plant.”

SOUNDTRACK – WHY GO TO SUCH DRAMATIC LENGTHS?

Here’s why. Chernobyl is a show entirely dedicated to the truth. After nearly 50 years of lies surrounding the disaster and the countless people that it affected, Craig Mazin made it his duty to finally find and expose the truth through his series. Therefore, Guðnadóttir took the risk of donning the hazmat suit and venturing into the nuclear power plant to record because of her own dedication to the truth behind the tragedy. In the line of work that we do, innovation is everything – being unique and making a statement through our art in film is key.

Guðnadóttir has channeled the likes of Brian Eno by recording individual sounds from various parts of the reactor and then putting them into a computer program to alter their pitches before putting them all together for a thrillingly real soundtrack. Not a little of the soundtrack, the WHOLE thing, is built from the sounds of the nuclear power plant. You aren’t just witnessing one of the greatest man-made disasters in the history of the world, you are listening to the very thing that caused it – radiation. A nuclear reactor ITSELF provides the soundtrack for the world-renowned destruction of a nuclear reactor explosion. That, and that alone, is mesmerizing.

Now listen again to that soundtrack from before, but this time watch how it marries with the haunting, harrowing, and downright heartbreaking moment that the bodies of the firefighters and first responders were buried in lead coffins and covered in cement:

Eeriness oozes from this soundtrack and this scene in particular. As we, and the wives of the poor men who succumbed to the most horrific of deaths, watch the lead-lined coffins lowered into the ground and painfully slow are covered in concrete, a quite harrowing series of notes emitted from pipe like a funeral cortege played on an organ (again, sourced from the Nuclear Plant) and then the bass pulse enters (that sound of the deep throb amongst the solitary high notes) – obliterating every sound in its path just like the radiation that it is depicting. That sound… beautiful and haunting like the Iodized light that shot into the night sky attracting the gaze of so many when Chernobyl was on fire, is the sound of a reactor turbine turning on. You are hearing nuclear fission.

Having wracked my brain for what that deep, guttural blast of foreboding reminded me of – it hit me just this morning as I drove into the office. Do you remember the movie Inception? The cerebral triumph of a movie where Nolan explores the very nature of dreams and, importantly for this anecdote, the essence of time within dreams. His chosen composer, Hans Zimmer, took the Édith Piaf song “Non, je ne regrette rien,” (which is used as a plot device in the film) and slowed the opening down significantly to give the slow, blaring, deep brass notes for the main theme of the film score. Zimmer told the New York Times, “all the music in the score is subdivisions and multiplications of the tempo of the Edith Piaf track.” Have a listen:

Here’s where Zimmer and Nolan really cranked it up a few notches – the overriding message within the movie is that when someone is in a dream, everything, including the music, is perceived as slowed down. The main theme of the film score, then, is almost exactly what the beginning of “Non, je ne regrette rien” would sound like to a dreamer. Moreover, when the song plays at the end of the credits many perceive this to be a signal to the audience to ‘wake up’ from the film – we have all been part of a dream sequence…

Another notable technique that Guðnadóttir has adopted throughout this soundtrack is the use of a pulsating drone that comes and goes in waves, unstoppable, inexorable, and incredibly raw. Couple this with the almost painful high-pitched metal squeals (listen below) that Guðnadóttir mixes amongst the melee and this music becomes a true tone poem to a world indelibly marked and changed by a disaster and its subsequent aftermath.

In this clip, Guðnadóttir uses this high-pitched squeal “that comes from this door to one of the pump rooms” to signify radioactivity unknowingly being passed person to person or the townsfolk unknowingly putting themselves in severe danger to witness the beautiful colors surging up into the night skies. It is so fragile and innocent and every time it drifts into an episode, we, as the audience, know that we are witnessing another person being exposed to the silent killer – a fireman touching graphite, a family dancing in the ash on the bridge at Pripyat, a wife touching her husband’s hand in the hospital and, most terrifying of all, there is nothing we can do to stop it.

Moreover, the way that it builds from this pitch that is right on the cusp of the highest echelons of our auditory spectrum – uncomfortable and unnerving and then develops into this deeper thrumming sound that comes and goes in waves is quite symbolic of the sickness that will one day overcome the people who stood on that bridge and watched uninformed and innocent to the damage it would do to them and their families forever.

Whether it receives the awards that it rightly deserves or not, this soundtrack is nothing short of a triumph of innovation, intellect, and ingenuity and its impact will likely last longer than any half-life.

For all of our soundtracks at Filmmakers Academy, we use Musicbed.