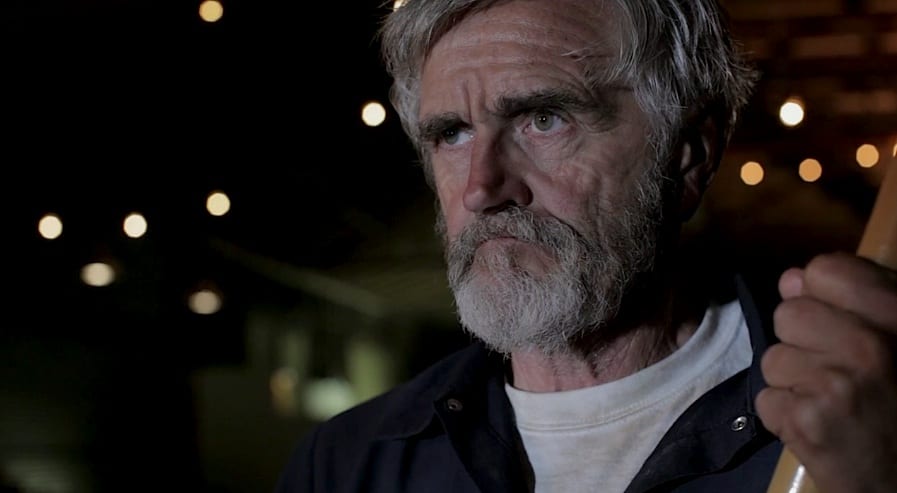 When Canon and Hurlbut Visuals teamed up on this joint venture, we wanted to put together a trilogy of behind-the-scenes videos. In them, I narrate what goes on inside my head as a cinematographer.

Even though there’s a planning process before filming, there’s a certain spontaneity that happens in the moment.

We hope you find this Janitor sequence to be both informative and inspiring.

The Janitor is the first of three episodes that takes you on a BTS journey. You will see how we captured, lit, and shot William’s custodial duties leading up to his heart attack. Then, you are thrown on his emotional roller coaster ride of memories from his young wife leaving him backward in time until his birth.

You see problem-solving, thinking on your feet, and lighting with instruments that you can build or things that you can buy at Home Depot. This was lit very simply. I wanted to inspire you with tools that anyone would have access to and not big Hollywood lights and generators. So, I used lots of practical lights to my advantage in the office space and there were some that I could not turn off that I had to deal with and you see that thought process.

I  break down the whole scene as it played in the short film, by labeling each shot with a lens and an f-stop so that you can see the depth of field. The fact is that I light most of my films from purchases at Home Depot and Grainger. So, using a good amount of practical light and shaping it so that it has mood and can assist in telling the story is paramount.

I want to thank you all for your amazing comments and support on this little short film.  We are sending it to all the film festivals. Stay tuned for details on where it will be shown so that you can see this baby on a big screen.

Watch the Next Parts of The Making of the Last 3 Minutes: